The number of project scheduling and planning terms out there can be overwhelming. Interpreting and communicating a plan can become a task in itself if you are not up-to- date with the planning jargon. So here is a list of 70 Project Scheduling terms every planner should know for smooth sailing – check out the glossary below to brush up on your terms.

Activity: A task or process to be accomplished in a set period of time as part of working toward a larger project goal. An Activity can be assigned to a resource(s) and have an associated cost. Activities are ordered with logic links.

Actual Cost: The real amount paid or incurred for labour or materials.

Activity Relationship: An ordered link between 2 activities representing the order of execution.

The 4 relationship types are:

Approved Change Requests: Documents of approved changes made to the project contract as a whole (cost, schedule, plan). These are first reviewed by all stakeholders before being approved.

Arrow Diagramming Method (ADM): Arrow diagramming method is a network diagramming technique used in Project Management in which activities are represented by arrows. ADM is also known as the activity-on- arrow (AOA) method.

ADM is used for scheduling activities in a project plan. Precedence relationships between activities are represented by circles connected by one or more arrows. The length of the arrow represents the duration of the relevant activity. ADM only shows finish-to- start (FS) relationships, where each activity is completed before the successor activity starts.

Bar Chart: A chart on which activities are represented by Bars. The Bars length is represented by the activity duration, and is lined-up on an X-axis time scale. Base Line: A set of dates and costs frozen at the start of the project and used as a basis for performance evaluation as the project progresses.

Budgeted Cost: The amount planned ahead and placed aside to execute an activity or an entire project from start to finish.

Change Estimate: An Estimate evaluating a potential change to a project. Often the estimate focuses on Cost, Schedule and Resource changes.

Change Impact: The effect of a project change on project cost, schedule and resourcing.

Committed Cost: A cost which has not yet been paid, but an agreement, such as a purchase order or contract, has been made such that the cost is no longer recoverable.

Critical Activity: An activity that is on the project’s critical path.

Critical Path: A project’s critical path is the sequence of network activities which add up to the longest overall duration. This determines the shortest time possible to complete the project.

Critical Path Method (CPM) Scheduling: A project modelling technique and algorithm for scheduling a set of project activities. Developed in the late 1950s, CPM scheduling aims to build a model of a project that contains:

Critical Path Method Scheduling then uses an algorithm that computes Early and Late dates for each activity in order to determine the project’s Critical Path.

Critical Path Analysis: The analysis of a project schedule by its critical path or longest path. The analysis aims to understand whether the project can be completed on time and what key activities or milestones are a risk to the project’s timely completion. An advanced analysis may consider near- critical paths or other risk paths of the project.

Date Constraint: A date restriction imposed on an activity’s start or finish date in scheduling software. Applying a constraint will swap the computed date to a date imposed by the user. Often used to imposed deadlines or to delay activities in a schedule.

Direct Labour: (1) Labour which can be directly related/allocated to the output of a productive account or cost centre, compared with indirect labour which is not directly related to output. (2) Labour employed directly by owner or main contractor, as opposed to sub-contract labour.

Doubled resource estimated duration (DRED): Measures the length of an activity duration if the assigned level of resources has doubled.

Duration: The number of calendar periods it takes (or is estimated to take) from the time the execution of an element starts to the moment it is completed.

Early Start: The earliest time an activity can start within the logic and imposed targets in the network.

Early Finish: The earliest time an activity can finish within the logic and imposed targets in the network.

Estimate: Evaluation of expected quantities, time and man-hours, with allowances and provisions for expected unknowns.

Estimated Cost: An approximated cost derived through a cost estimation technique such as using historical or empirical methods.

Estimate to Complete: The estimate of remaining costs, man-hours or quantities to the completion of defined scope.

Extensions of Time: A contractual extension of time to reflect agreed claims or scope changes. Sometimes used to minimize the risk of invoking penalty clauses.

Float: Float is the amount of time that an activity in a project network can be delayed without causing a delay to: subsequent tasks (free float) or the project completion date (total float).

Free Float: The amount of time that spans from the completion of one previously scheduled activity and extends to the point at which the next scheduled activity is set to begin. G Gantt Chart: A time-based activity chart in which a series of horizontal lines shows the amount of work done or production completed in certain periods of time in relation to the amount planned for those periods.

Gantt Chart: A time-based activity chart in which a series of horizontal lines shows the amount of work done or production completed in certain periods of time in relation to the amount planned for those periods. 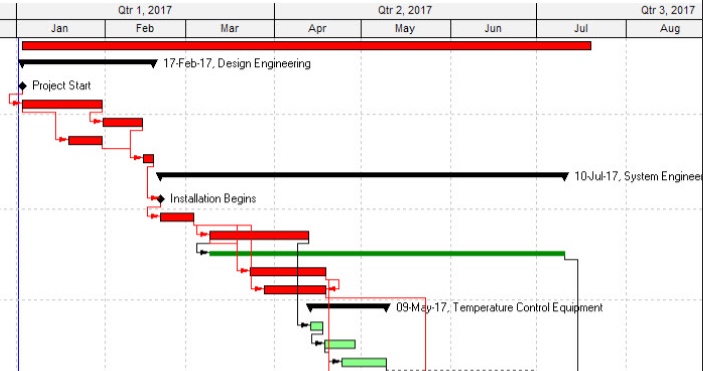 Hammock: An activity, joining the start of the leading activity to the end of a series of network activities and where duration reflects the overall time and related logic for the series, at plan and subsequent monitoring stages.

KPI: A Key Performance Indicator is a type of performance measurement. KPIs evaluate the success of an organization or of a particular activity in which it engages.

Late Finish: The latest possible date the activity must finish without affecting the target finish date for the project.

Late Start: The latest possible start date for an activity to start without affecting the target finish date for the project.

Lead: The amount of time whereby a successor activity can be advanced with respect to a predecessor activity. Often this is referred to a negative lag.

Level of Effort Activity: A support-type project activity that must be done to support other work activities or the entire project effort.

Lost Time: Productive time lost because of inclement weather, labour problems, equipment failure or other cause.

Master Schedule: A high-level summary schedule or a schedule that is a combination of other independent sub-schedules.

Milestone: An event to mark specific points in time along a project timeline. These points may signal anchors such as a project start and end date, a need for external review or input and budget checks, among others. In many instances, milestones do not impact project duration. Instead, they focus on major progress points that must be reached to achieve success.

Network (Project Network): A project network is a graph (flow chart) depicting the sequence in which a project’s terminal elements are to be completed by showing terminal elements and their dependencies. It is always drawn from left to right to reflect project chronology.

Open ends: Any project Activities without a predecessor or a successor activity.

Percent Complete: A percentage value between 0 and 100 that indicates the partial completeness of an activity, project or work package.

PERT: Programme Evaluation and Review Technique is a statistical tool, used in project management, which was designed to analyse and represent the tasks involved in completing a given project. First developed by the United States Navy in the 1950s, it is commonly used in conjunction with the critical path method (CPM). 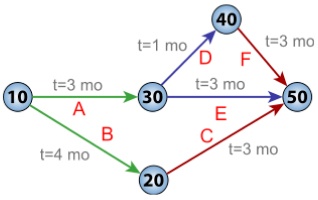 Physical Completion: Progress assessed by a physical measurement. Planning: Project planning is part of project management, which relates to the use of schedules such as Gantt charts to plan and subsequently report progress within the project environment. Initially, the project scope is defined and the appropriate methods for completing the project are determined.

Planned Cost: An approved estimated cost for the project or items that will be used.

Planning Engineer: A specialist engineer who develops the project timescale schedules and manages them using a software package.

Predecessor(s): A predecessor activity is an activity that determines the start date or finish date of a following activity based on a logical relationship.

Potential Change Requests: Documentation that tracks potential changes to your project’s estimated costs, resources or supplies. Allows you to identify any anticipated impacts to the project scope. Once reviewed by stakeholders, a change order can be requested to have these changes implemented. Precedence Diagramming Method (PDM): Precedence Diagramming Method is a network diagramming technique used to establish order or execution in project schedules. PDM network diagrams use boxes, referred to as nodes, to represent activities and connects them with arrows that represent the dependencies between activities.

Project Control: The setting and monitoring of cost/schedule deliverables, identification and anticipation of variances and implementation of preventive and recovery actions of approved changes.

Resource levelling: A process using resource analysis that aims to remove or reduce resource over-allocations by adjusting the start or finish dates of resource-loaded activities.

Schedule: A schedule is a listing of a project’s milestones, activities, and deliverables, usually ordered with intended start and finish dates. Those items are often estimated in terms of resource allocation, budget and duration, linked by dependencies and scheduled events.

Schedule Contingency: Extra duration that is added to the project’s schedule baseline during the planning phase to reduce any impacts of unforeseen events.

S-Curve: Cumulative graph against time for tracking overall progress of with plan: for cost, manhours, materials, etc. CP1/SP1 can be calculated from the variance on this form of graph. 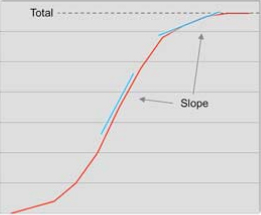 Target Date: A fixed activity due date or deadline.

The Work Breakdown Structure (WBS): WBS is a hierarchical and incremental decomposition of the project into phases, deliverables and work packages. It is a tree structure, which shows a subdivision of effort required to achieve an objective; for example, a program, project, and contract.

Total Float: Total float is the difference between the finish date of the last activity on the critical path and the project completion date.

Work Package: A work package (WP) is a subset of a project that can be assigned to a specific part for execution. Because of the similarity, work packages are often misidentified as projects.

Dive straight into the feedback!Login below and you can start commenting using your own user instantly